In 1991, Mauricio Salmeron arrived in the U.S. alone. He recalled feeling detached, lost and alien. And he thought often of the home and two children he left behind in Nicaragua.

In 1991, Mauricio Salmeron arrived in the U.S. alone. He recalled feeling detached, lost and alien. And he thought often of the home and two children he left behind in Nicaragua.

“I felt an emptiness.” Salmeron said in an interview translated from Spanish. “It was terrible. I felt like I was not from here, not from this country. I didn’t belong here. And above all, I missed my kids.” 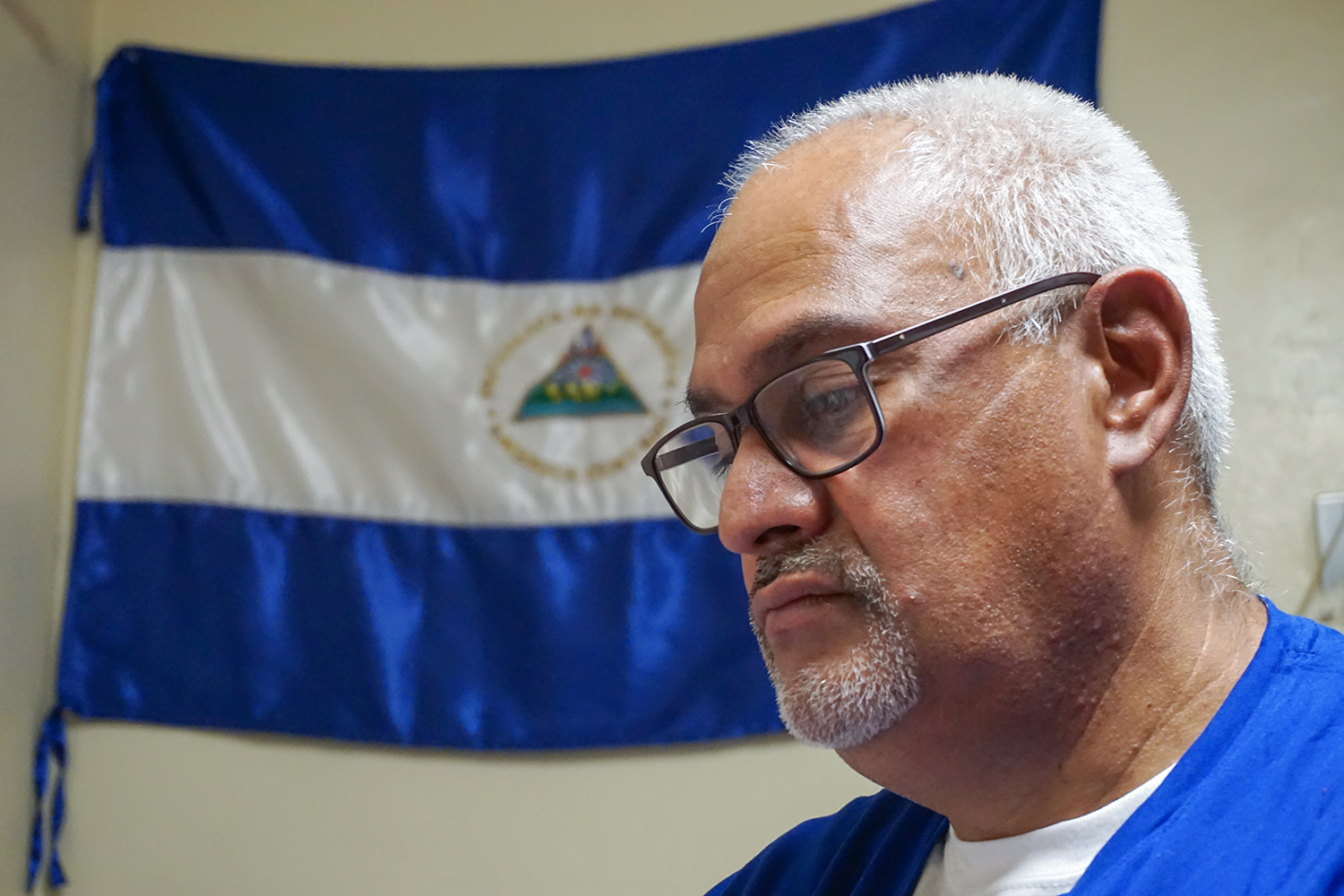 In Nicaragua, Salmeron served in the Sandinista Popular Army, a military political organization that formed in the 1970s after a socialist political party overthrew the country’s dictator, Anastasio Somoza Debayle.

Over the 10 years he was a Sandinista guerilla fighter, he became increasingly harassed by his commanding officer and decided to leave the country.

“That was what hurt me the most, not so much leaving the army, but leaving my two little kids in Nicaragua,” Salmeron said.

Salmeron chose to leave suddenly and he wasn’t able to say goodbye to his children in Nicaragua. He was also going through a difficult divorce.

When he arrived in the San Francisco Bay area, where his parents and siblings lived, Salmeron became depressed. During his first days in his new country, Salmeron felt misplaced and that he had failed as a father.

After starting a new job working at a car wash in Daly City, Salmeron met people there who introduced him to alcohol and drugs. Within a few years, he had a major addiction problem.

“I was deep into liquor, I worked only to consume. What I made, I used for drugs. I worked three or four hours then I went out to look for drugs,” he said.

Salmeron became addicted to marijuana, cocaine and crystal meth. After three years of using these substances, his sister, brother and mother staged an intervention. They asked him to “accept Christ in his heart” and Salmeron decided to give the Christian path a chance.

“I believe I would be dead now if I had not changed because I had developed an unbearable burning in my stomach and constant headaches,” Salmeron said. “I could have had an overdose.”

His faith helped give him peace and security. On difficult days, Salmeron prays to find serenity, as well as the people in his life. 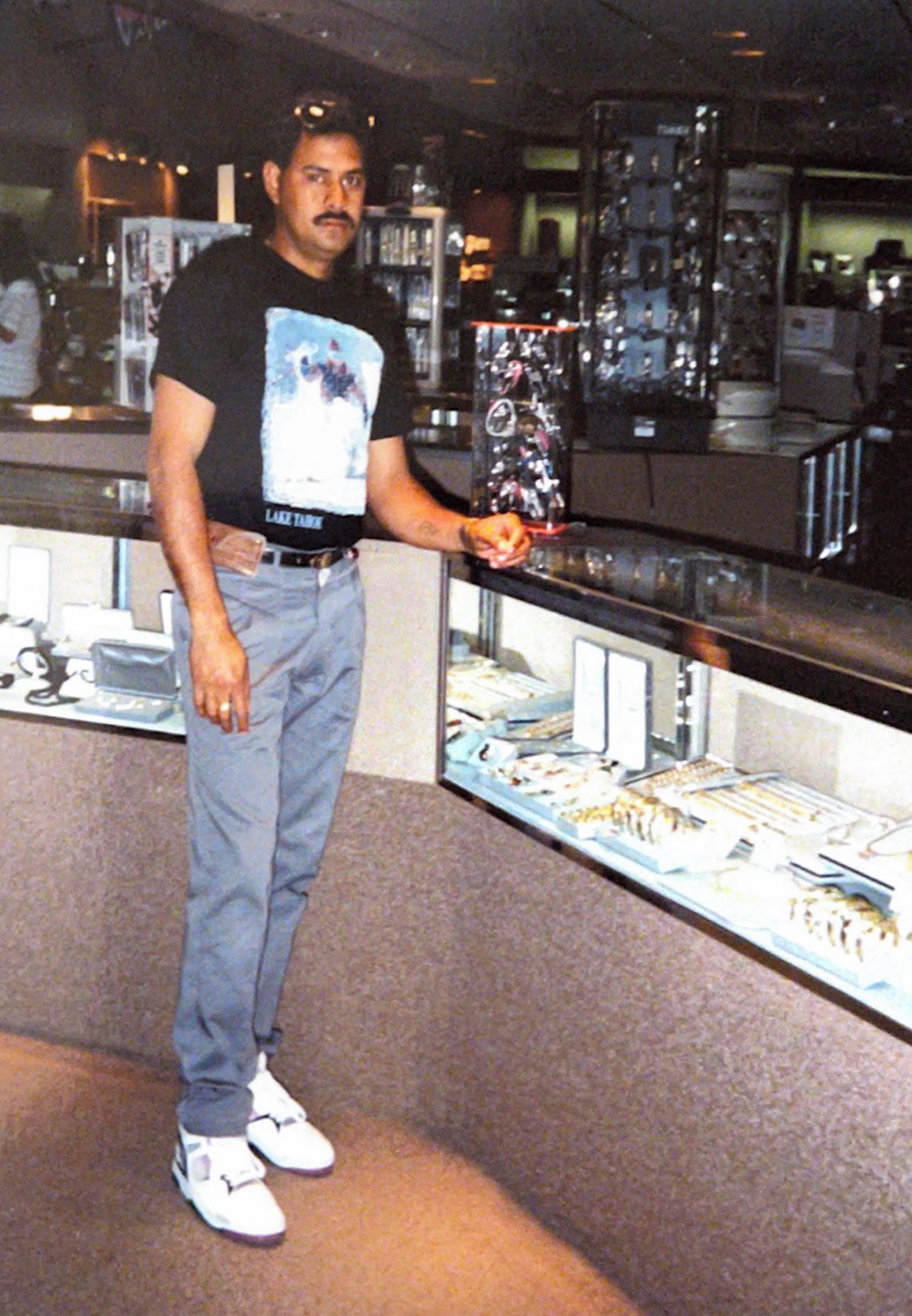 Mauricio Salmeron, who first arrived in the U.S. in April 1991, stands in a South San Francisco jewelry store in May 1991, not far from where his father, a U.S. resident, was living at the time. (Photo courtesy of Mauricio Salmeron) 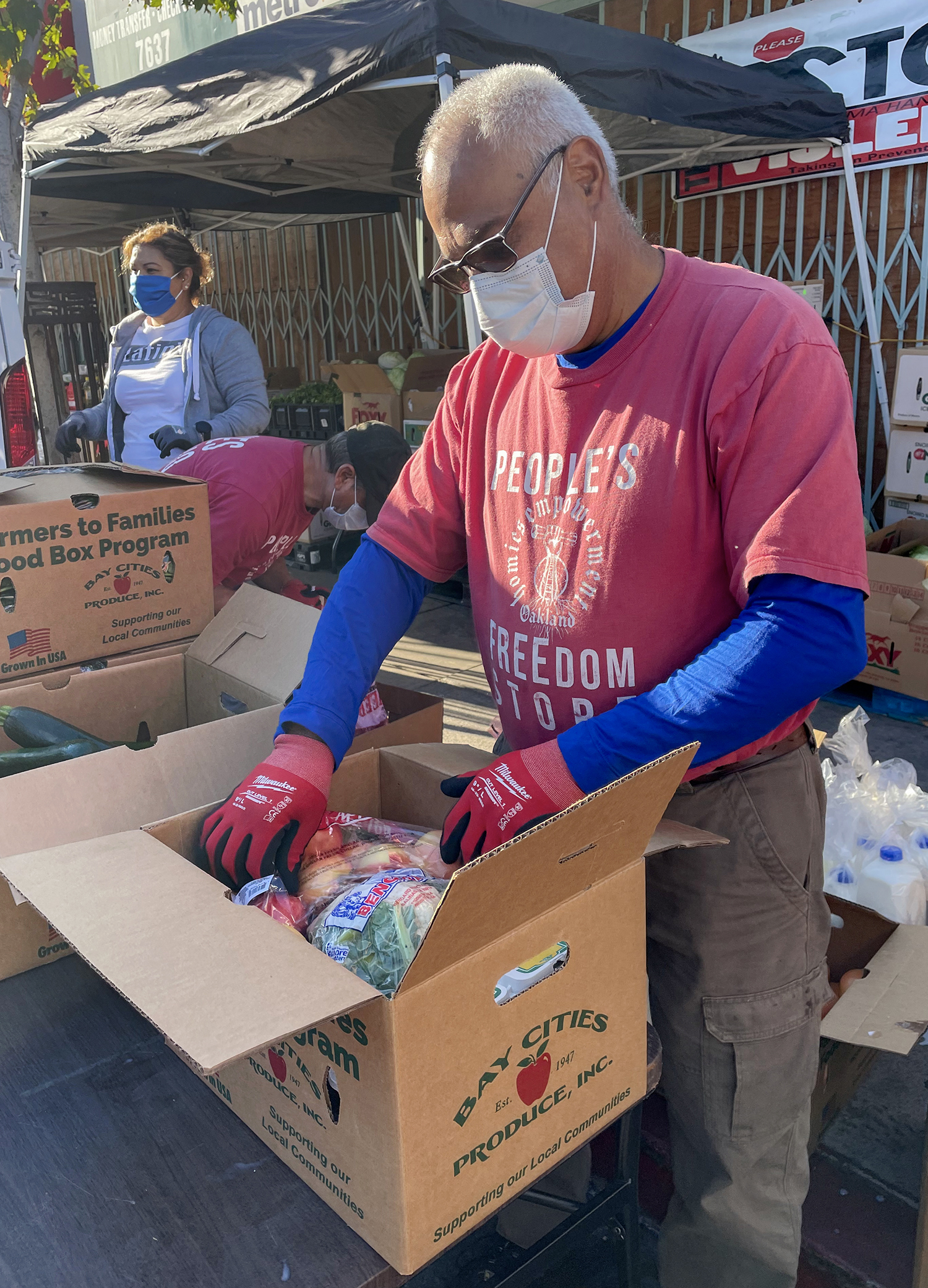 Salmeron also finds comfort and healing volunteering in his community. During the COVID-19 pandemic, he began working with a humanitarian aid group “Homies for Empowerment.” The East Oakland-based group, who his daughter introduced him to, formed in 2009 to address the needs of some of East Oakland’s poorest, most immigrant and BIPOC communities. It works to distribute food to residents who lack resources and help young people in the community avoid gang violence.

Salmeron says that the volunteer work he does with Homies, like being one of the group’s food distribution truck drivers, helps him grow as a person, as a man and a father.

“It’s beautiful when a kid comes and gives you a hug and tells you ‘thank you’” Salmeron said through partially subdued tears. “That is the biggest gift I could wish for… That is what comforts me.” 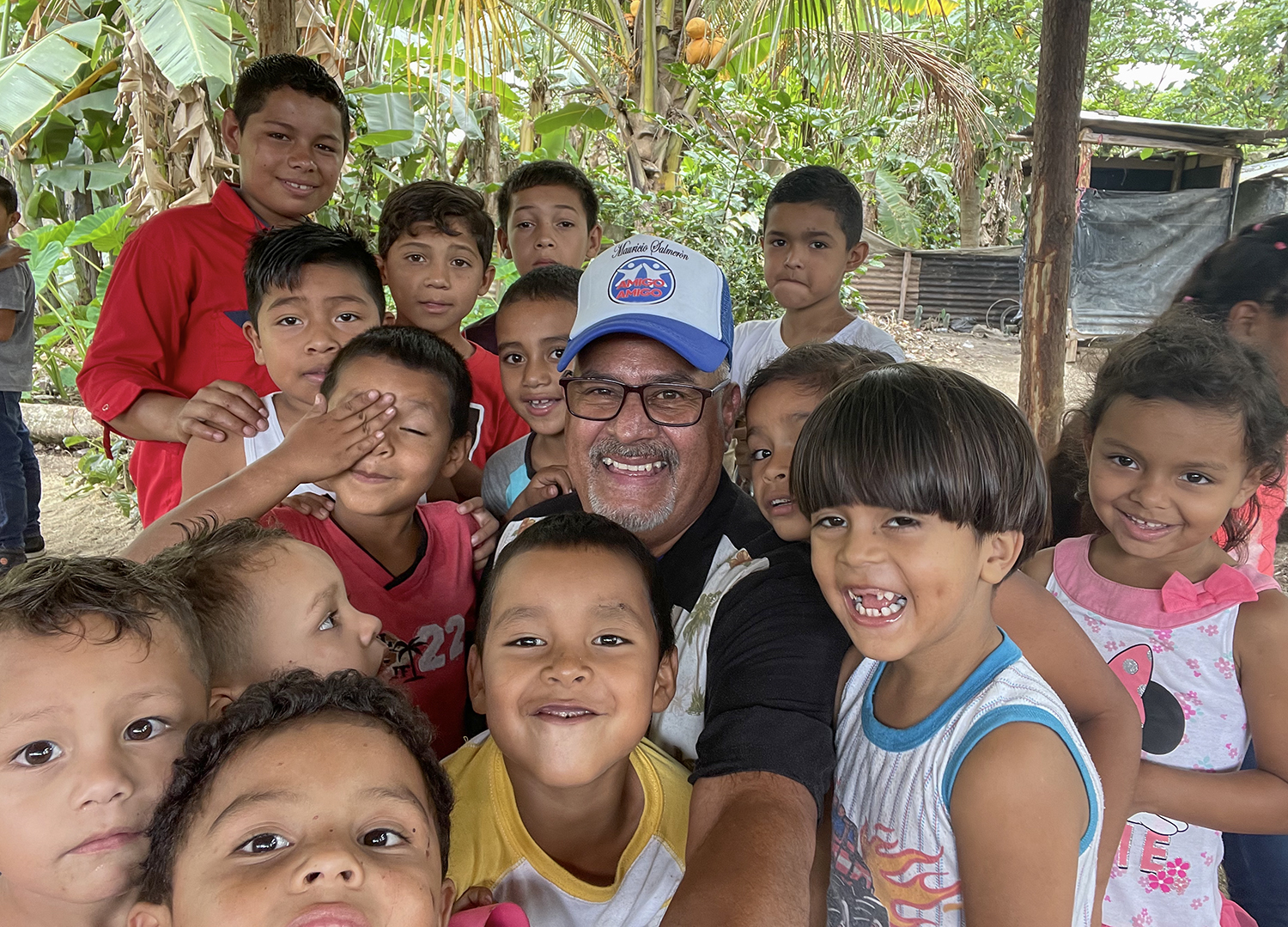 Mauricio Salmeron takes a selfie while working with his Nicaragua-based aid organization “Amigo ayuda tu amigos” in Jalapa, Nicaragua, a town near the Honduran border, in May 2021. Salmeron spent several weeks in the region conducting food and clothing distributions with the organization. (Photo courtesy of Mauricio Salmeron)