As a Black woman, Nicki Schmelzle is all too familiar with the societal stigmas and racial stereotypes stacked against her. Autumn Micketti reports on how Schmelzle overcame these societal pressures and achieved her version of the American dream.

‘Being a black woman is empowering’: Army veteran pushes against racial stereotypes

Nikki Schmelzle likes challenges. In fact, she embraces it.

As a black woman growing up in the south, Schmelzle faced the pressures of a racist society on a daily basis. But Schmelzle saw these experiences as a chance to push against stereotypes that people have of black women.

“I want to prove them wrong by the way that I live my life and the way that I succeed with literally anything that I put my mind to,” said Schmelzle.

Schmelzle was born in Greenwood, Mississippi in 1992, and dreamed about the different careers she would pursue when she got older. 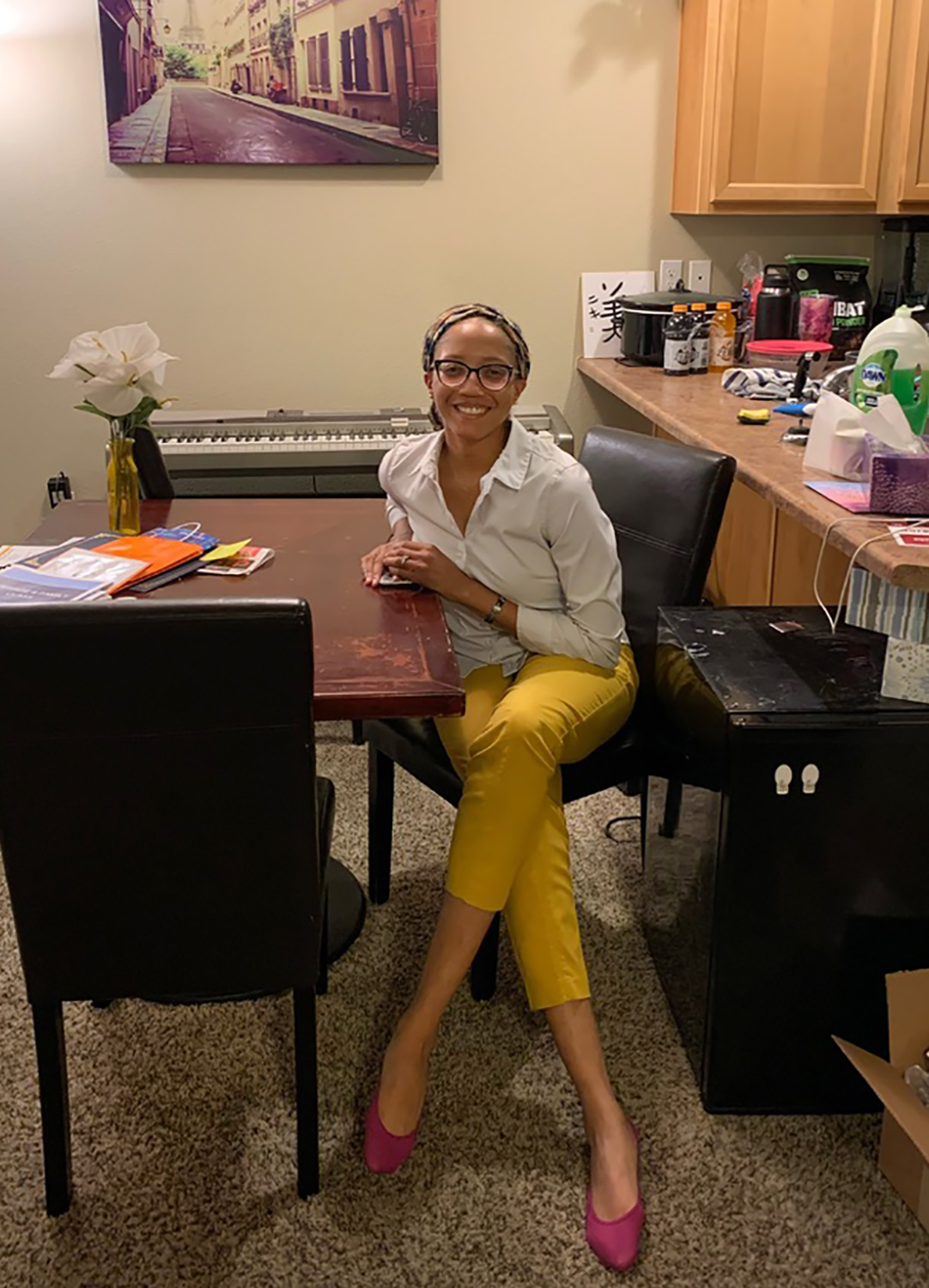 Nikki Schmelzle sits at her kitchen table in her home in Medford, Ore. on Monday, Oct. 11, 2021. She now works as an administrative executive assistant at a local health clinic. (Photo by Autumn Micketti)
“First I want to be an astronaut, and then I’m going to go to med school so I could be a doctor. And then after that, because I’m probably going to get bored, I’m going to be a soldier. And then after that, I’m going to be probably an author and then a writer and a singer,” Schmelzle said.

Being a soldier was the only one that stuck. She fulfilled her dreams of being in the military when she enlisted in the United States Army in 2013. She served for eight years and was based in Kuwait for nearly a year while also traveling to Qatar and the surrounding area.

Schmelzle joined the military because she saw her potential and believed the military could bring it out in ways that would benefit the rest of her life. Being in the military gave her an opportunity to return to the basic foundations of this country, to live a life of freedom, equality and justice.

For Schmelzle, being an American means having the freedom to choose whatever lifestyle or path that best suits you without, “feeling pressured or forced to succumb to any particular [societal demands].”

As a black woman, Schmelzle continues to face racial stereotypes on a daily basis, but that doesn’t stop her from pursuing her version of the American dream.

She said being a black woman is empowering.

“Black women are aware of what they’re capable of and [know] their strengths and [continue] to persevere through those stereotypes and exceed society’s expectations,” Schmelzle said.

“They just kind of get out of your way and let you be a badass,” Schmelzle said. Any discrimination she did come up against didn’t phase her. That’s because of her experiences growing up in the South — where she faced bigotry regularly.

“I didn’t really give people the time of day,” said Schmelzle. 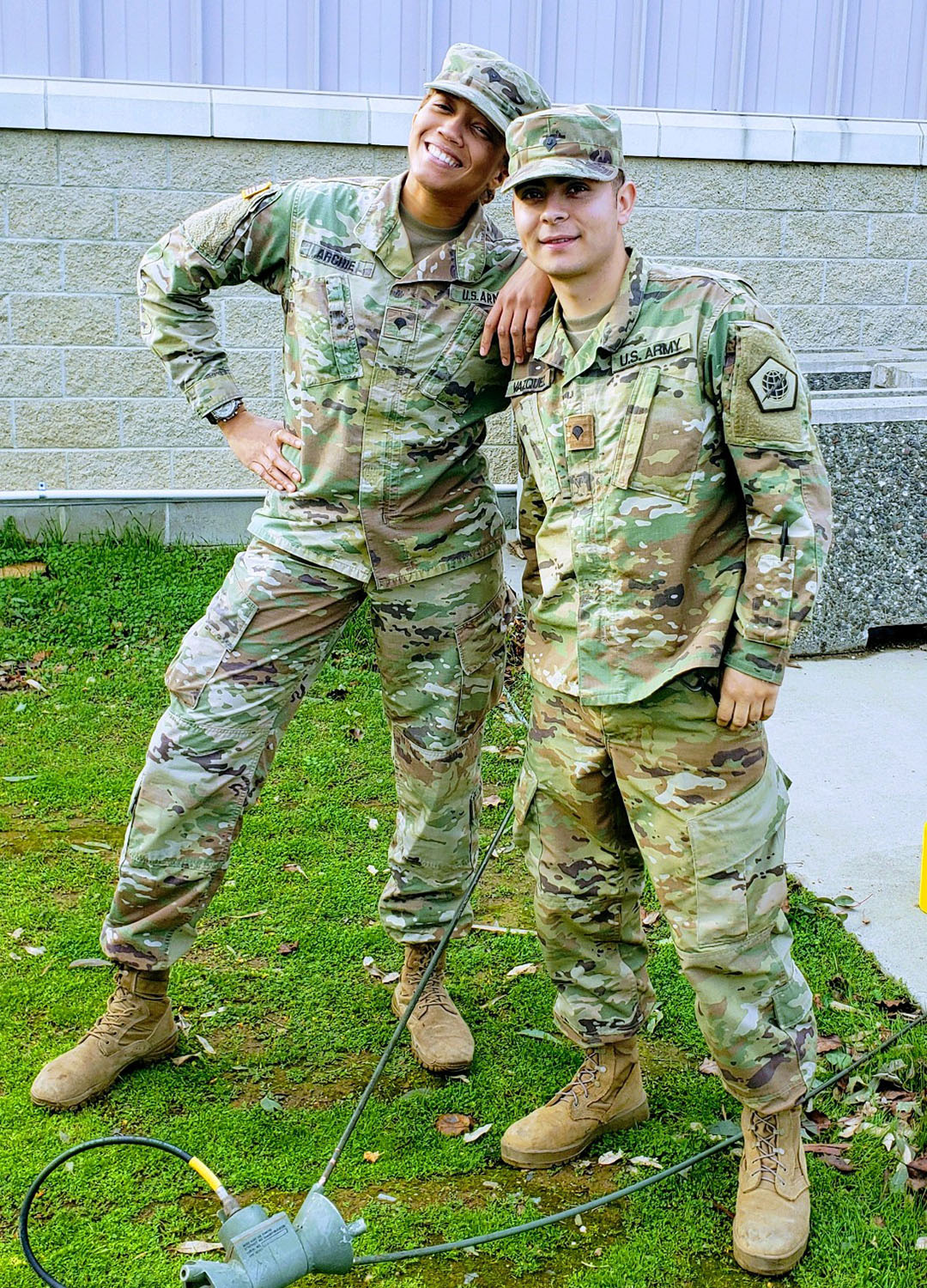 Nikki Schmelzle standing next to U.S. Army Specialist Diego Vasquez in Sacramento, Calif. January, 2019. Schmelzle completed her basic training at Fort Jackson in South Carolina before being deployed to Kuwait in 2016 for 10 months. (Photo courtesy of Nikki Schmelzle) 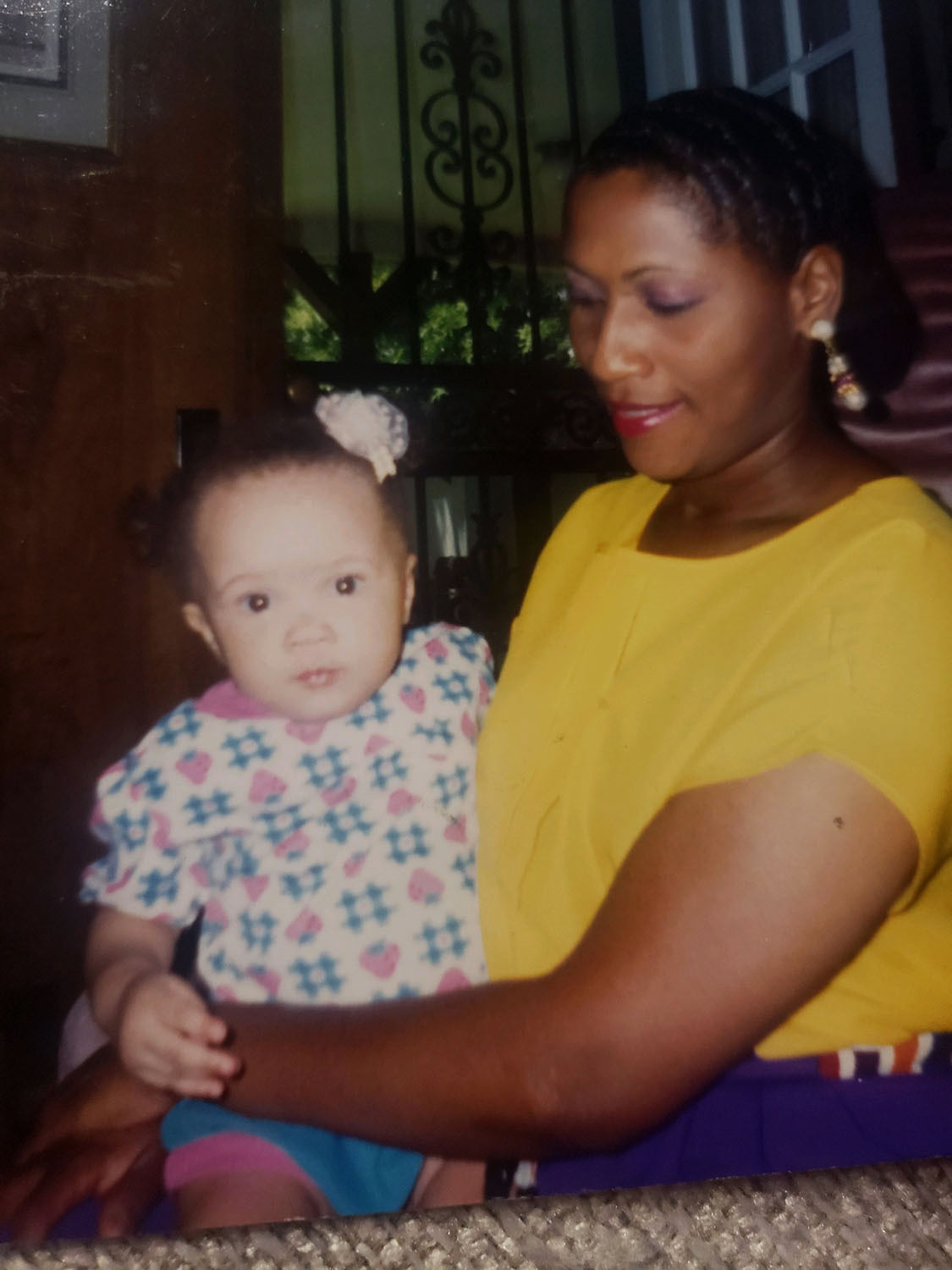 Nikki Schmelzle and her mother Ruthie Archie, in her childhood home in Greenwood, Miss., circa 1993. “Everything that I learned at basic training, I had already learned at home, [my mom] made me so excited to be independent minded,” Schmelzle said. (Photo courtesy of Nikki Schmelzle)
She said her mother taught her that other people’s opinions shouldn’t limit her potential.

“She started teaching me this stuff before I was even old enough to understand what any of it meant,” said Schmelzle. “So now it’s just so embedded in how I think and how I act and how I behave.”

These lessons have been exemplified in Schmelzle’s life by giving her the ability to pursue her version of the American dream and following multiple career paths: model, actress, personal trainer and now administrative executive. 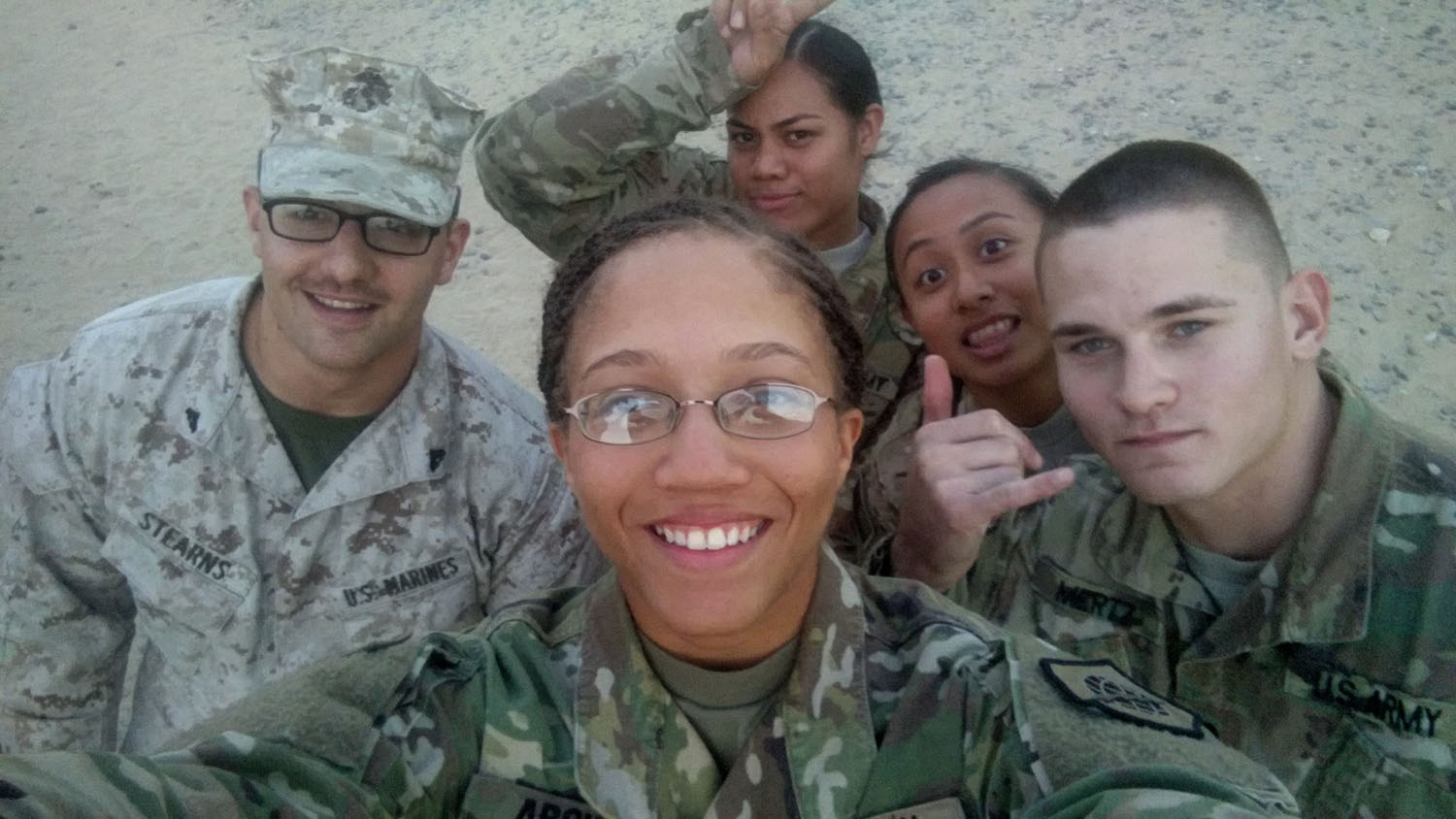 Nikki Schmelzle poses with fellow servicemembers in Kuwait in 2016. “It makes me proud to say that I joined because [now that] I’m out, I have an advantage when it comes to how I view myself and my place in the world,” Schmelzle said. (Photo courtesy of Nikki Schmelzle)